Industry insight – Construction industry activity and the impact of Cop26

Cop26 has dominated news headlines in recent weeks as world leaders gathered in Glasgow to agree how to tackle the global climate crisis.

With commitments being made and plans being agreed, talks will now turn to how industries and individuals can contribute to reducing carbon emissions.

The construction industry has an important role to play in this, in large part by repurposing and maintaining buildings to improve their energy efficiency and overall embodied carbon. More investment in green and sustainable construction projects is already underway, to add to ongoing growth and recovery across the built environment sector.

The Government had already committed significant sums to this in the Chancellor’s Autumn Budget and Spending Review. This included pledges of £3.9bn to support the decarbonization of buildings, £1.8bn to support low income households to switch to green energy, and £2bn specifically to bring brownfield sites back into use for housing.

All of this means the construction sector is a poised for a busy period ahead. Construction industry analysis – led by the trusted teams at Glenigan and Barbour ABI – reported ongoing fluctuations in activities last month, though all with a continued upward trajectory.

Through September all sectors were impacted by the surge in energy and fuel prices. Businesses and householders alike were warned to brace for a challenging couple of months. But in the construction sector things remained buoyant, supported by the ongoing growth of warehousing and logistics in the industrial sector. Consistent levels of output and planning applications from August gave confidence that growth would remain stable for the rest of the year.

While levels of planning applications continued to be high into October, the numbers of approvals had fallen in September, slowing activities. The total of 2,369 projects approved meant figures were down by 28% on the previous month, as reported in Barbour ABI’s Snap Analysis.

Contributing to this were falls by 53% and 37% for the infrastructure and residential sectors, respectively. The only sectors to buck this trend were education – up by 42% as the new school year began – and hotel, leisure and sport – up by a more modest 3%. In spite of that sharp drop in planning approvals for residential, overall activity for the sector remains high, Barbour ABI added.

Similarly, Glenigan reported boosts for housebuilders and social housing last month. Housebuilders are in a good position, with high levels of inward investment giving opportunity for growth, it reported; as reflected in the Autumn Budget.

The Glenigan Construction Review (covering activity to the end of September) reported a strong forward pipeline of projects. Industrial continued to be an sector leader with a strong development pipeline, including a wind turbine factory to support those green energy commitments.

This buoys things following an overall drop in values for new projects in the third quarter – down by up to 56% (for major projects) compared to the previous quarter, and 12% lower than the same time last year (for underlying projects).

It was a similar story for existing works, with a slowing in repair and maintenance works across the board, particularly for private homes. This is largely attributed to the ongoing challenges of labour and material shortages.

However, with the Cop26 commitments and Autumn Budget spending specifically targeting housing and remedial works in particular, it looks more likely that activity will now continue to pick up, and maintain, pace. 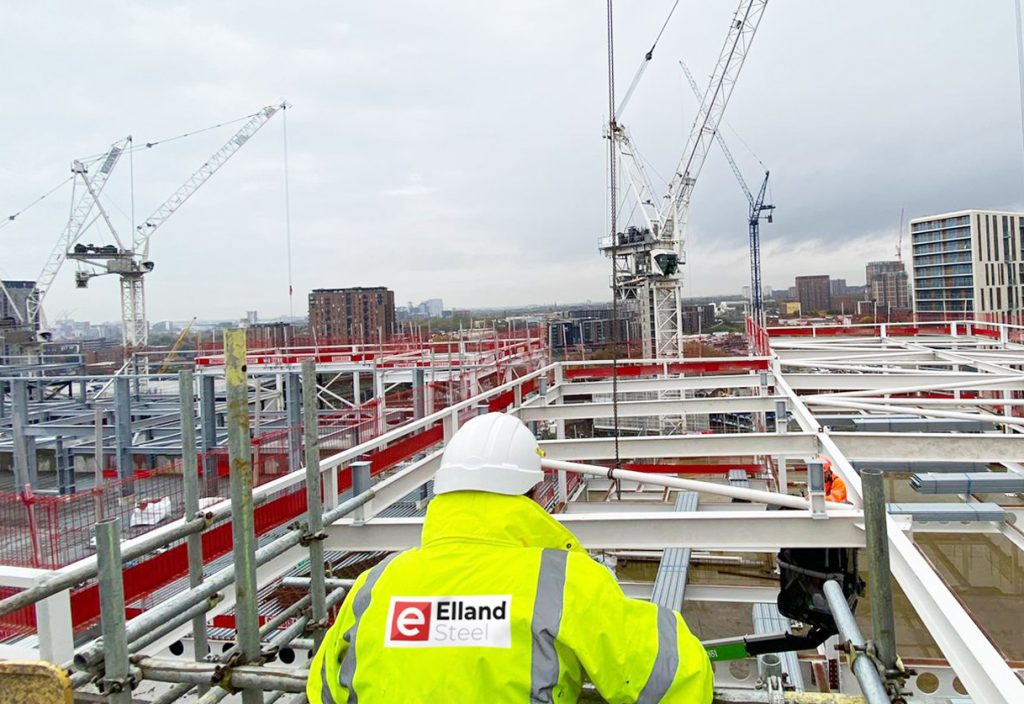